with her student, Riley McGary

"Mrs. Woods does not see herself as extraordinary, but I can assure you she is. I come from a family of talented educators so I know when someone has not only found their calling, but goes above and beyond."

Every morning, bright and early, Christina Woods calls a meeting. She gathers together her team to get a read on how everyone is feeling and what’s on their minds for the day. Sometimes she’ll ask a silly question just to get people talking—and importantly, listening—to one another. On occasion, someone in the meeting will share that they’re feeling a little anxious or stressed. Some days, Woods will admit that she’s feeling stressed out, too. But establishing a common tone and making space for everyone to feel comfortable expressing themselves is key to starting the day off right.

Woods is a first-grade teacher at Heritage Elementary School in Thompson’s Station, Tennessee. Her team (AKA, her classroom) is made up of 19 six- and seven-year-olds. Woods describes this year’s bunch as chatty, excited, and sweet. And while they may be little, you won’t find Woods babying her students. Beyond their smiles and sweetness, she says, these kids are extremely capable—and they want to learn. “You’d be shocked at what a child that age can do if you give them the tools,” she says. “They’re very capable of anything that you put in front of them, as long as you teach them how to do it.” 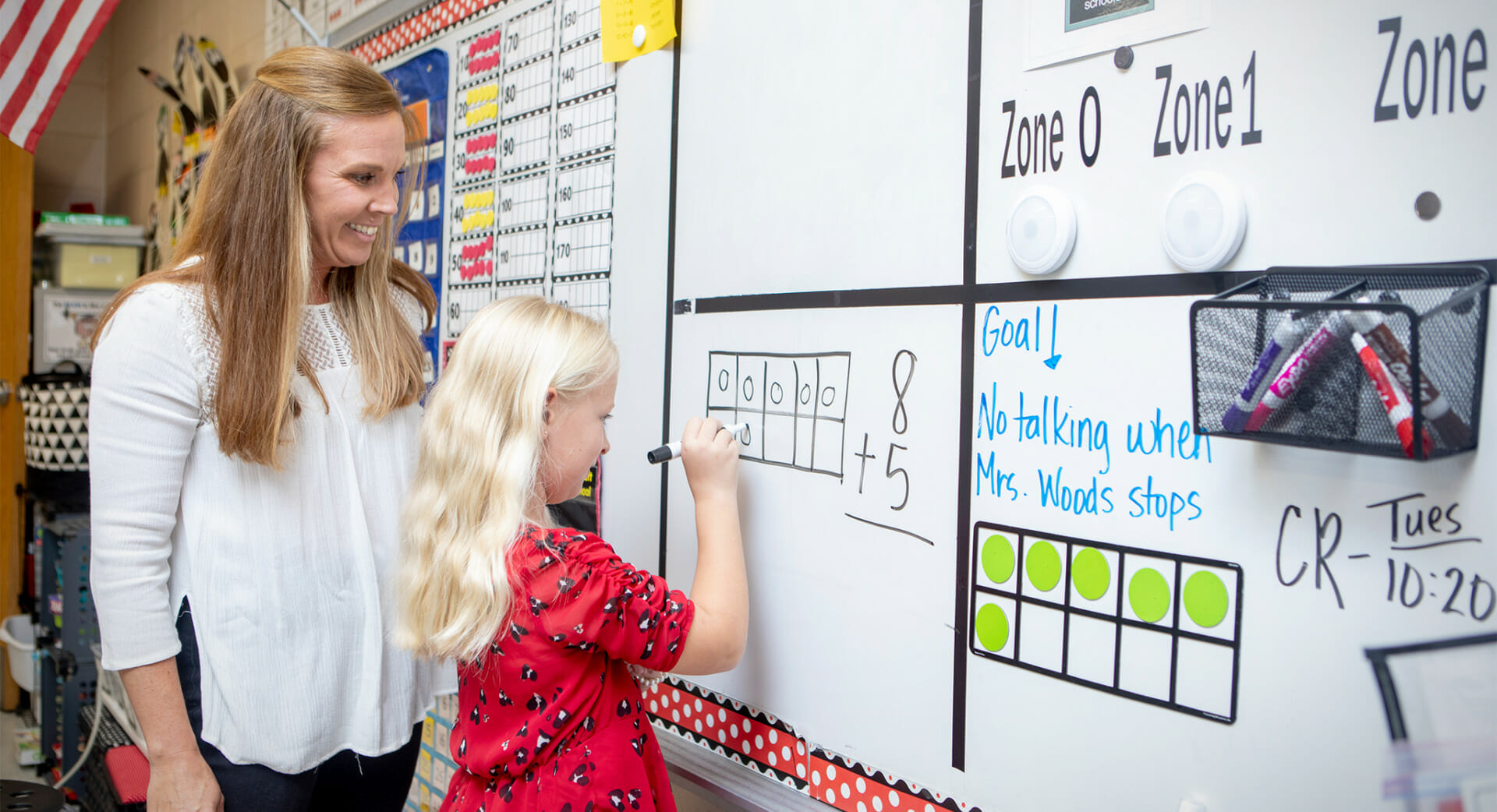 Last year, Riley McGary was one of those students. Riley is in second grade now. She’s a big sister and an old soul, according to her mom; “Mother Theresa-in-training,” according to a neighbor. In terms of hobbies, Riley says she likes to “make stuff and listen to music”—particularly Kelly Clarkson and Kidz Bop. And she loves school. Her favorite subjects are science and math, but she said it was hard to pick, because school is full of “very good things.”

Riley’s reading skyrocketed last year with Woods as a teacher. That was partly as a result of the fact that Riley and her mother, Lieutenant Colonel Amanda Weigt, read together every night. These days, the two of them are reading the American Girl books (Molly is Riley’s favorite), and they’re about to start Three Keys, the second book in the “Front Desk” series, which follows a family that has immigrated to the U.S. from China and runs a motel. (For reference, these books are generally recommended to students between a third and seventh grade reading level.)

"She just sees the capability, the potential in our students, and really does build that independence."

But Riley’s reading skills also blossomed because of Woods’ careful teaching. Weigt says that Woods went out of her way to treat each student as an individual, even during a particularly difficult year. She would challenge them, help them—and Weigt says, “she knew when something was off.”

Not only did she know; she was willing to act. At one point last year, Woods called up Weigt to talk about Riley; she had noticed that Riley was being a little quieter than usual. “Riley is joyful—the definition of joy,” Weigt said. But toward the end of the year, “She started getting real anxious. We couldn’t understand what was going on. Ms. Woods called and we talked about ideas to make it better.” Weigt says Woods was consistently doing things like that, that were outside of her job description and far exceeded the normal expectations of a teacher: “She didn’t have to spend an hour talking about what to do with my baby.” But they did. And eventually, Riley was back to her typical joyful self. 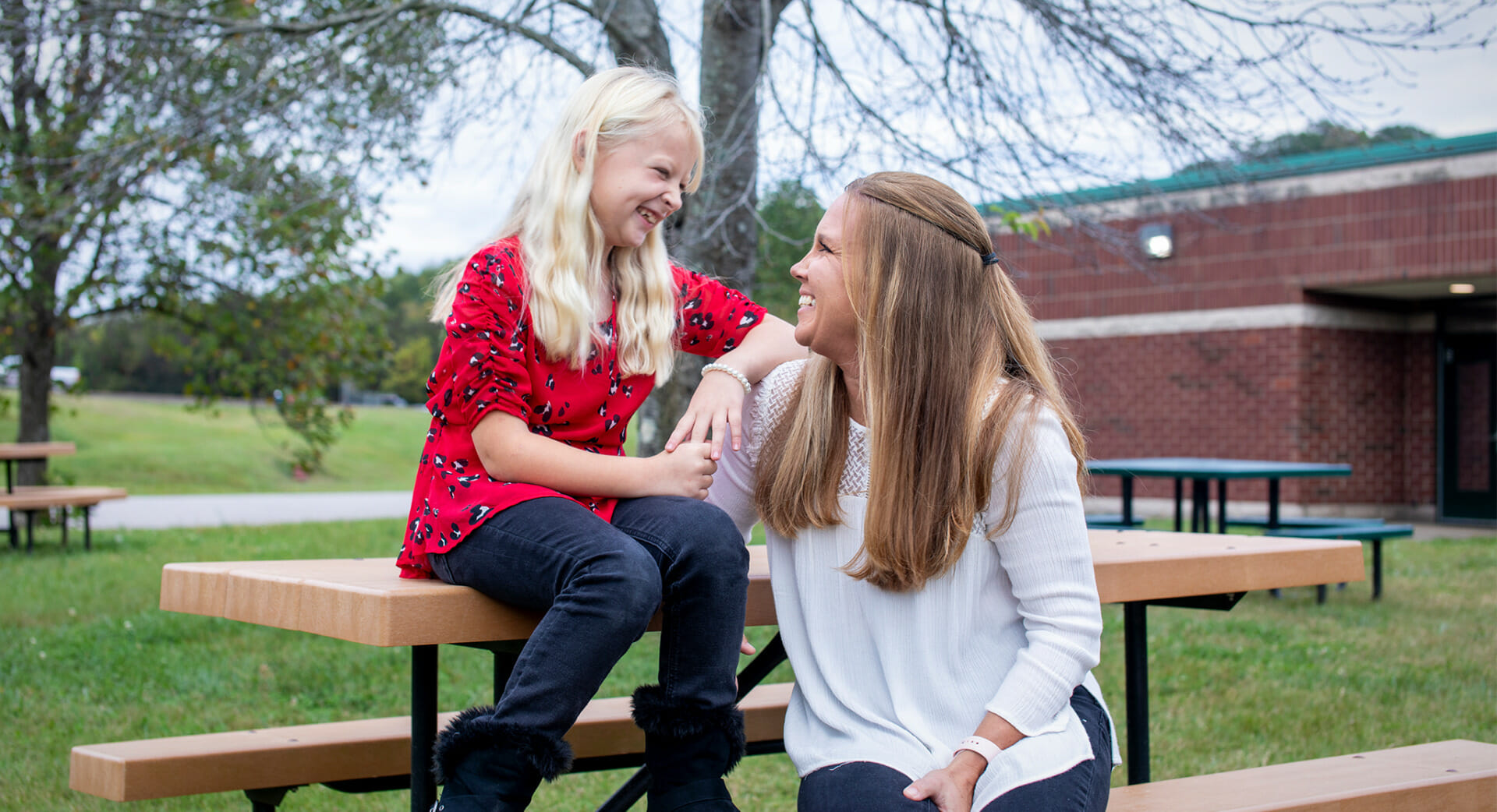 That relationship between Riley and Woods almost never happened, though. Weigt says that she had been planning to homeschool Riley for first grade. With COVID restrictions making everything about the coming school year hectic and uncertain, she figured it would be less stressful to keep things under her own roof. But a friend and fellow parent called Weigt up and urged her to reconsider. “You want her to go to Ms. Woods’ class,” Weigt remembers her friend telling her. “She runs a tight ship, but it’s not a mean ship. Kids know the rules, and they want to please her.”

Principal Shannon Robertson echoed that sentiment. She said that people often think of first graders as constantly needing things. Not Woods. “She just sees the capability, the potential in our students, and really does build that independence,” Robertson told me. “You can walk in her classroom and they all know what to do. You see the laughter, you see the fun that they’re having, and learning. But you also know that she has really high expectations for her students. She knows where she’s headed from Point A to point B, and everything just runs like clockwork.”

And Robertson said that part of what makes the teachers at Heritage Elementary School so outstanding—teachers like Christina Woods—is that they’re surrounded by a supportive, involved community. “So when we have events, everybody’s here, everybody is a part of what we’re doing,” Robertson said. The community recently celebrated its annual Fall Fest, an especially meaningful event because it was the first occasion that many families were able to connect in person since the start of the pandemic. And it was made possible by the careful planning and contributions of many in the school district. “You’ve got parents volunteering, you’ve got parents going on field trips. It’s just a community that is involved in the school. And with that support, I feel like it just makes us even stronger with what we do here in the building.”

"You’d be shocked at what a child that age can do if you give them the tools. They're very capable of anything that you put in front of them, as long as you teach them how to do it."

Riley said one of her favorite things about having Woods as a teacher was that “she would never give up on us. If we got a problem wrong, she would say, ‘Keep trying!’”

“Keep trying” is the same advice that Woods has for new teachers—especially ones who are working with younger students. “You know, we always say teaching first grade is a lot like having a baby,” she says. “The first three months are so, so hard, and then something just clicks and they just become independent little humans.” Woods says it’s so easy to want to give up at the beginning of the school year, when you have to repeat yourself over and over, and you’re dealing with little ones fresh out of Kindergarten. “But if you don’t give up on them and you continuously just be consistent and be there and they will meet any expectation that you set for them. … I’ve told parents, ‘They’ll get there.’ And I’m not a quitter either. I will work to make sure we get there, you know? I set expectations high, and we work hard to get there, and we usually do.” 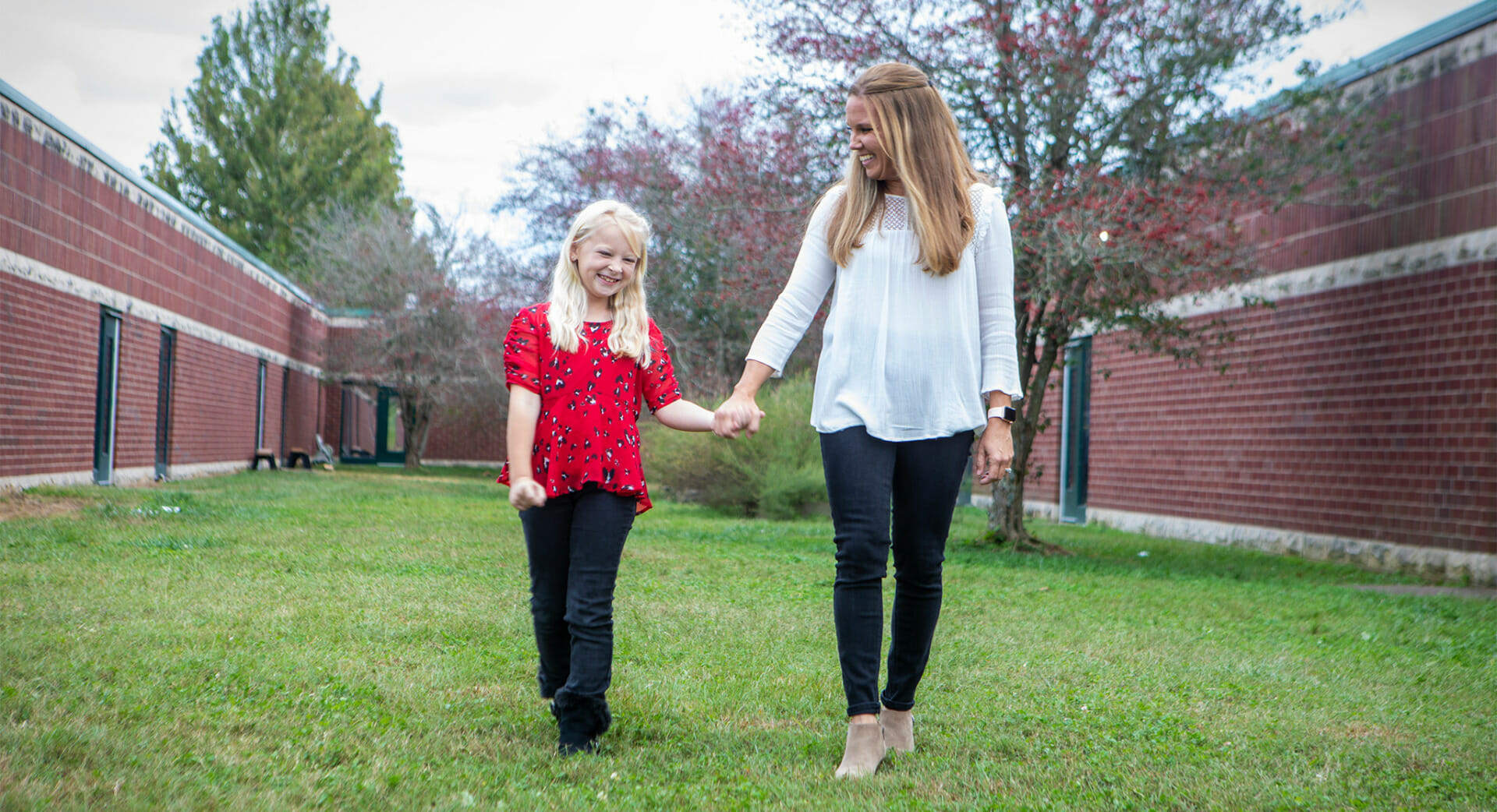 That philosophy was put to the test last year with Woods, Riley, and her mom. Weigt is a reserve officer in the U.S. Airforce; as a result of the pandemic, she wound up having to temporarily relocate for a last minute assignment. That meant taking her kids out of Tennessee and to Atlanta, Georgia, where their grandmother could help watch them.

But for Riley, it didn’t mean missing out on school. “Mrs. Woods did not blink at all the extra work of planning a week of Zoom and putting together the paperwork for Riley to continue distance learning,” Weigt wrote in her nomination for Woods, “She not only supported my child, but she helped me fulfill my military commitment. …Mrs. Woods does not see herself as extraordinary, but I can assure you she is. I come from a family of talented educators so I know when someone has not only found their calling, but goes above and beyond.”

"She never gives up on us. If we got a problem wrong, she would say, ‘Keep trying!’"

And while some see these kinds of behaviors as going above and beyond, Woods says it’s as simple as one rule: Young as they may be, treat your students like humans.

OK, actually there’s a second rule: Treat yourself like a human, too. That can mean improvising when things are going wrong. It can mean borrowing from teachers with more experience (and sharing freely with new ones.) In Woods’ case, it meant retooling her entire curriculum when she realized that COVID restrictions have completely upended the types of activities you can do with first graders. But most importantly, as Riley so well learned, it means never giving up. “I tell my parents upfront, I’m going to make mistakes and I’m going to make many of them,” Woods says. “And as long as we work together and we figure them out, we’ll be fine. If I make a mistake, especially in front of my kids, I’m quick to tell them. Because I want them to see that I’m human, and it’s OK to make mistakes. Now watch how I fix it.” 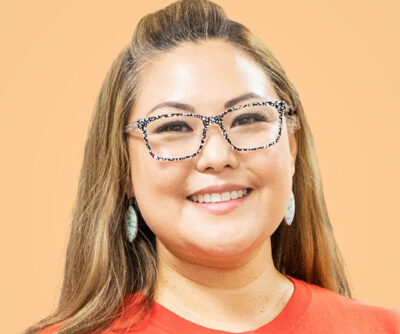 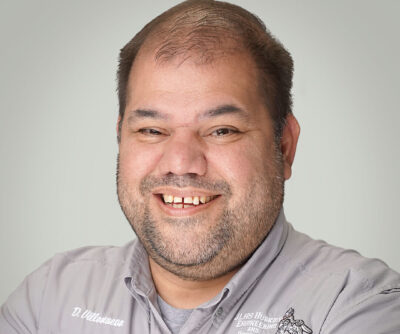 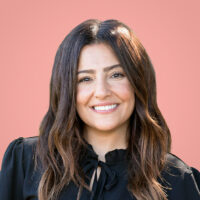